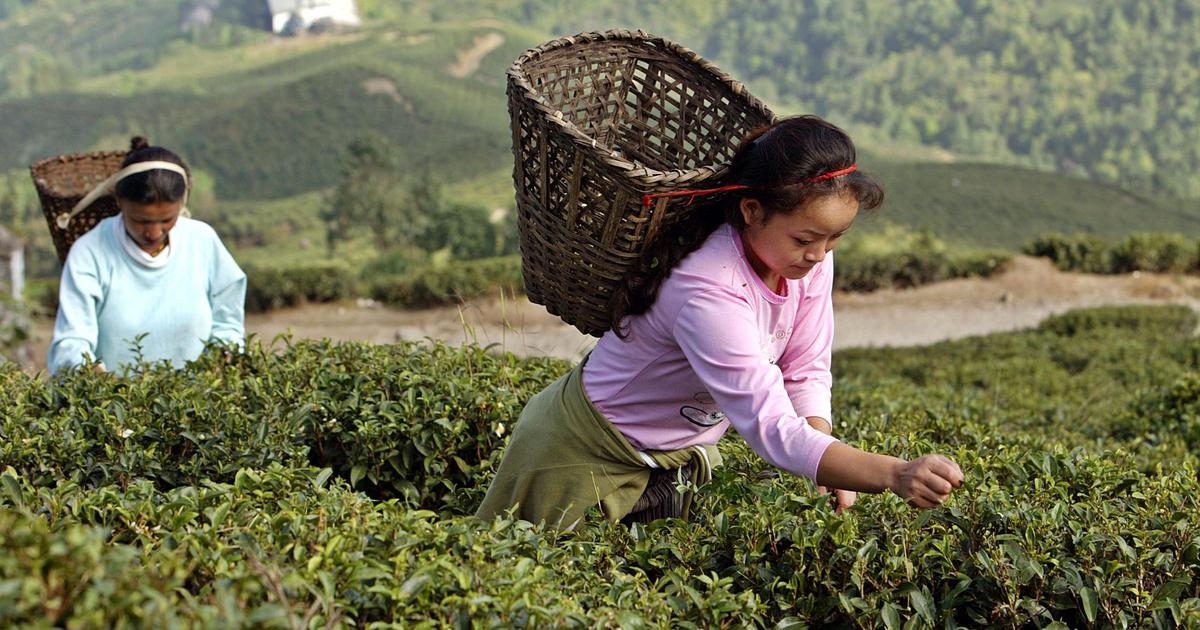 Indians love tea ; whether it is from a roadside chaiwalla or a high-end tea place, people love it for its aroma, taste and energizing ability. Hence, the growing demand for tea is majorly driving the India tea industry.

Till the early nineteenth century, tea plants were only native to China. British consumed a large part of tea production in 1788 to break the Chinese monopoly on tea, costing them a heavy amount. However, East India company started tea productions in 1824 when Major Robert Bruce and Maniram Dewan discovered the indigenous wild tea bushes on the upper hills of Assam. In 1837, the first English tea garden was established at Chabua town in Upper Assam.

By 1850, vast tracts of land were consumed for plantation and commercial production of tea was officially started by Assam Tea Company in the Brahmaputra region.

Tea production in India is among the fastest growing trades in the world owing to favourable geographical conditions in the country, plenty of cheap and skilled labour, large distribution of tea plantations throughout the country and continuous innovation in varieties.

Tea cultivation does not have a long tradition in India. It started in the middle nineteenth century in Assam. But at the same time, tea cultivation showed steady progress since when it was produced. Tea gardens covered 3,011 lakh hectares at the time of independence, producing 2.61 lakh tonnes of tea, which later set a high sales record of 1.27 million tonnes globally, due to a great deal of increase in the market demand.

India holds the second position in maximum production of tea after China. Tea found in India is broadly categorized into 3 types- Assam tea, Darjeeling tea and Nilgiri tea. India accounts 3/4th of the total production for domestic consumption of the country.

India being a subtropical country is favourable for the production of tea plants. The conditions for it to thrive are well in humid climates. The yield and the quality of tea directly depend on climate. The sufficient temperature for its growth is 20°-30°C. Temperatures above 35°C and below 10°C are considered too hot and cold respectively and are harmful. It also requires an annual rainfall of 150-300cc. Hence, a prolonged dry climate is harmful for tea and doesn’t support growth at all. Tea bush grows well in soils rich in humus and iron content. In fact, large proportions of phosphorus and potash in the soil is what gives special flavour to tea. Heavy rainfall but stagnant water is injurious to its roots. It is, therefore, grown on hill slopes where water logging is not a problem.

Tea farming is a labour-intensive form of work requiring a large workforce for the output. The workforce is required for the manual work, especially at the time of plucking the tea leaves. This is a process which requires skilled techniques for plucking two leaves and a bud at the same time.Cheap and skilled labour from India are also used abroad.

Tea gardens are cultivated on the hill slopes. Seeds are sown in large numbers in the garden; it is regularly hoed and weeded as well. Shade plants are also grown along with the tea bush as they keep the temperature low for them, allowing a good amount of sunlight for its growth.

Trimming and pruning is done in order to cut away the dead and decaying tea leaves and also to keep a certain height of the bushes i.e. about one metre. The aim of this process is also for an easy harvest done physically by women labourers.

For harvesting purposes, mostly women labourers are employed in large numbers. Currently, the tea industry provides employment to one million workers. This also gives employment to around 10 million. It is one of the largest industries to employ women; Women workers constitute 50 per cent of the total workforce.

Tea cultivation in India is highly concentrated in a few selected pockets – North-Eastern India, South India and the North-West India.Initially, tea plantations were confined to Upper Assam but later on, new areas in lower Assam and Darjeeling were also found to be potential tea plantation areas. They are also present in Nilgiri Hills of South India, Chikmagalur in Karnataka, Terai in the foothills of the Himalayas and in some areas of Himachal Pradesh.

Assam is blessed with a bounty of natural resources and an annual rainfall ranging from 100 to 150cc ensures a very special place for the tea plants grown here. The tea produced here is simply referred to as Assam tea. They offer rich and strong taste with a bright leaker.

Darjeeling grows one of the world’s most exclusive tea plants at altitudes ranging from 600 to 2,000 metres. It has a more delicate and light flavour as compared to Assam tea.

Nilgiri, situated in South India, is one of India’s most distinctive places for tea production. The tea produced here is also named the same, after the Nilgiris or Blue Mountains. The plants grow at an elevation of 1000 to 2500 metres. Here, rainfall varies from 60 to 90 cc annually. These conditions highly favour the cultivation of this fine, elegant flavoured Nilgiri tea. The combination of its fragrance and briskness gives a unique taste to the Nilgiri tea.

Every industry faces its own set of challenges, so does the tea industry. Production costs have crossed the rate of market prices over the past decade. The market is almost stagnant with prices lying between 125-132/kg range over the past five years. The main problem that the Indian tea industry is now facing is more production than its demand in the domestic and international market combined. Hence, over supply in the global market has shriveled the total export in other countries. China produces Black Tea in large quantities every year which they do not consume domestically. As a result, China is now trying to sell this entire volume of excess black tea in the market leading to a threat to the Indian tea exports.

The tea plant is likely to be attacked by at least 150 insect species and 380 fungus diseases during its growth. In northeast India, around 125 pests and 190 fungi are detected every year with an estimation of 30 million kilogram of losses from pests and diseases per annum. In order to protect the plants and increase the yield, proper doses of nitrogenous fertilizers such as ammonium sulphate should be given to soil. If you are looking for organic pesticides, bio-fertilizers, enzymes, micronutrients and so on, try Nivshakti Bioenergy Pvt. Ltd – one of the largest Organic input manufacturer in North East India. We have been in the market since 2003 and our main focus is to provide maximum customer satisfaction by offering a range of cost-effective products.