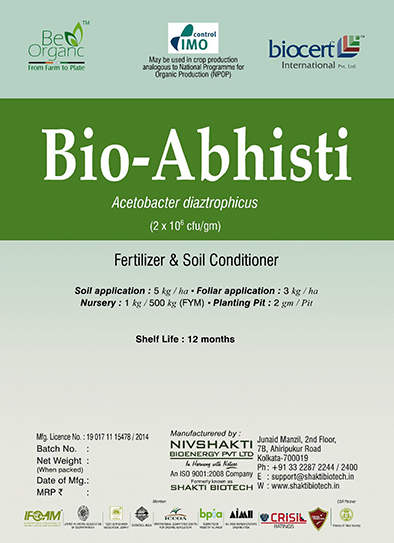 Acetobacter bacteria, such as Acetobacter diazotrophicus that can be isolated from coffee plants or sugarcane, are acid-producing, nitrogen-fixing bacteria. Nitrogen-fixing bacteria are important in modern agriculture – exploiting these bacteria would decrease the present dependency on nitrogen fertilizers, which would have positive results for the ecosystem and the health of humans and other animals.

Acetobacter is an obligatory aerobic, nitrogen-fixing bacteria that is known for producing acid as a result of metabolic processes. While all nitrogen-fixing bacteria contain nitrogenase in order to utilize atmospheric nitrogen gas as a source for metabolic biosynthesis, different nitrogen-fixing microorganisms protect the oxygen-sensitive microorganisms from oxygen exposure in different ways. A. diazotrophicus has been called interesting because it carries out nitrogen fixation under aerobic conditions. It needs oxygen for the production of large quantities of ATP required for nitrogen fixation; however, little is known about the mechanism or system that protects the nitrogenase under aerobic conditions. A. diazotrophicus is a plant endophyte and has been said to be capable of excreting about half of its fixed nitrogen in a form that plants can use.

1. They provide Nitrogen to the plants in a situation where chemical fertilizer failed to do so.

2. It suppresses the effect of Chemical Fertilizers.

4. Improves yield, quality of products and imparts resistance against pests and diseases.

5. Eco-friendly, Effective and Economic and does not leave any residues.

6. It also imparts the following qualities to the produce: Earliness : Succulence : Brix Level


Warning: Invalid argument supplied for foreach() in /home/shaktriz/public_html/wp-content/themes/shaktibiotech/single.php on line 59